The Male Graze: Guerrilla Girls on Gender Imbalance in the Arts 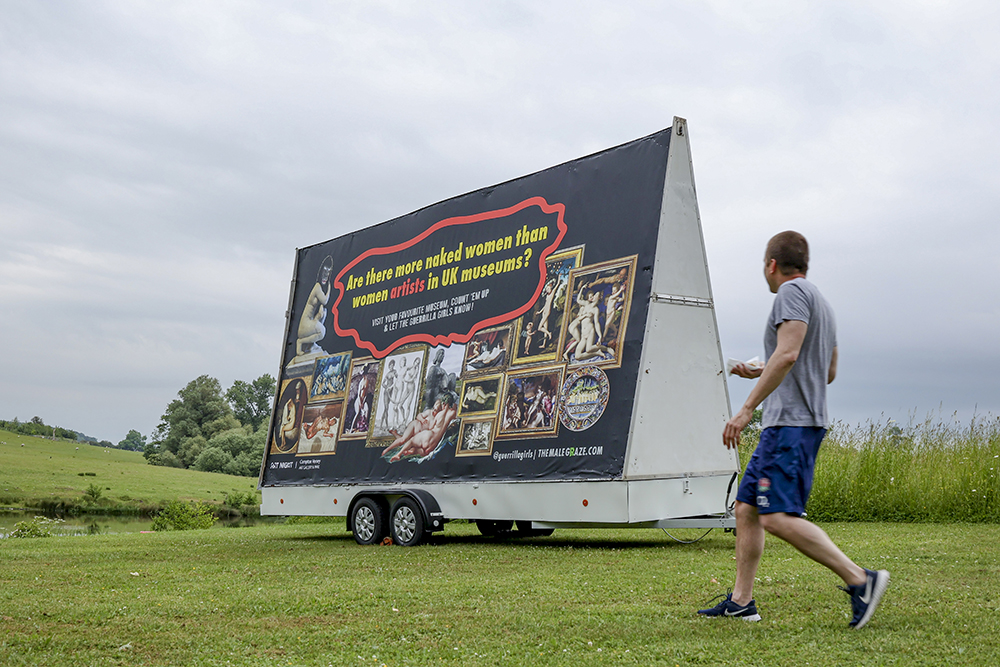 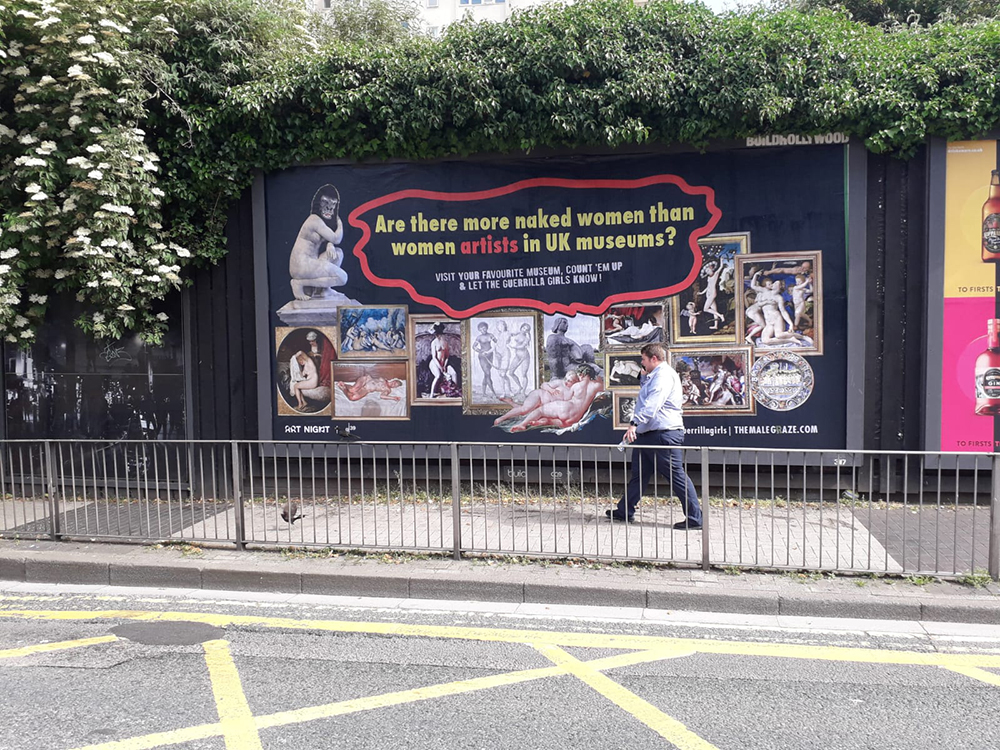 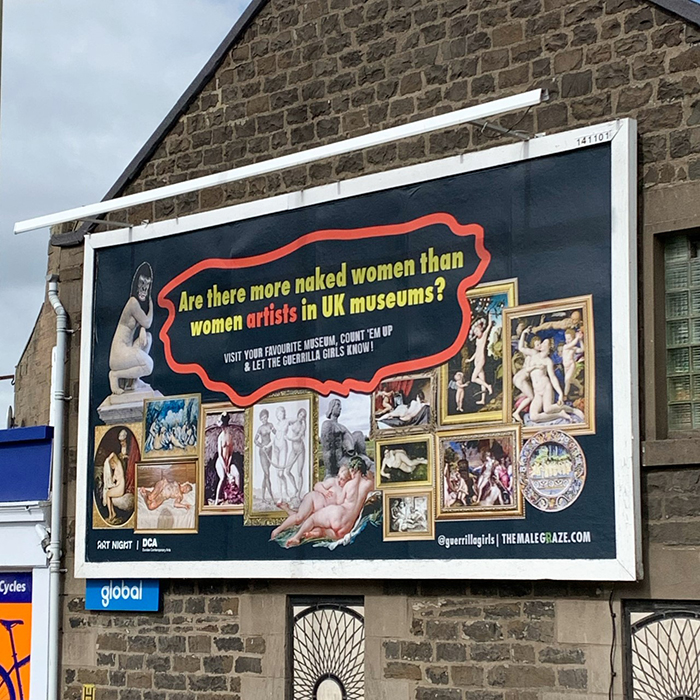 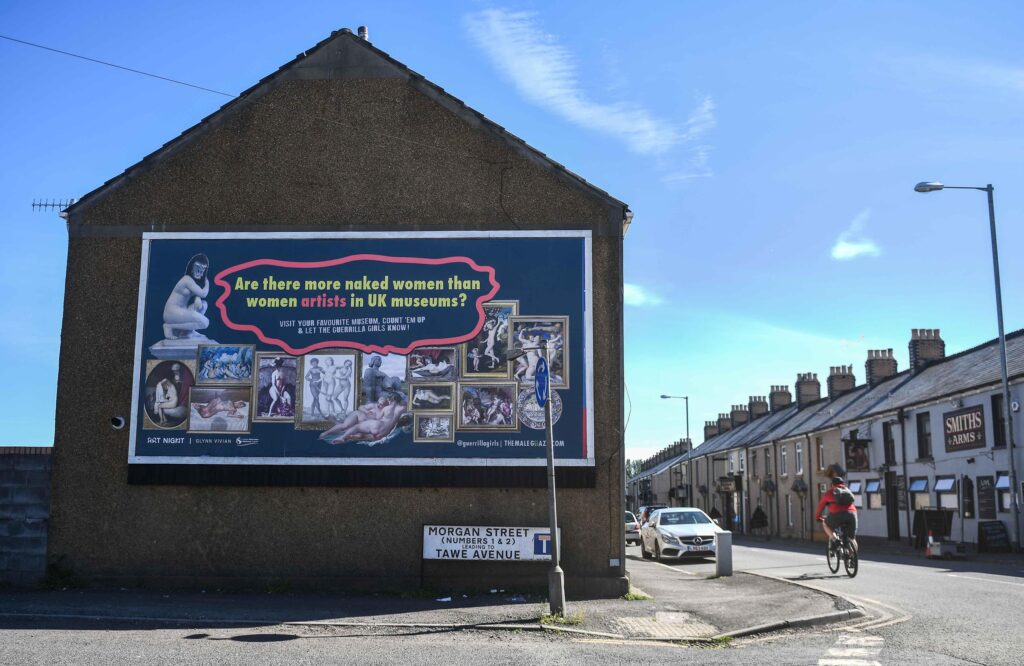 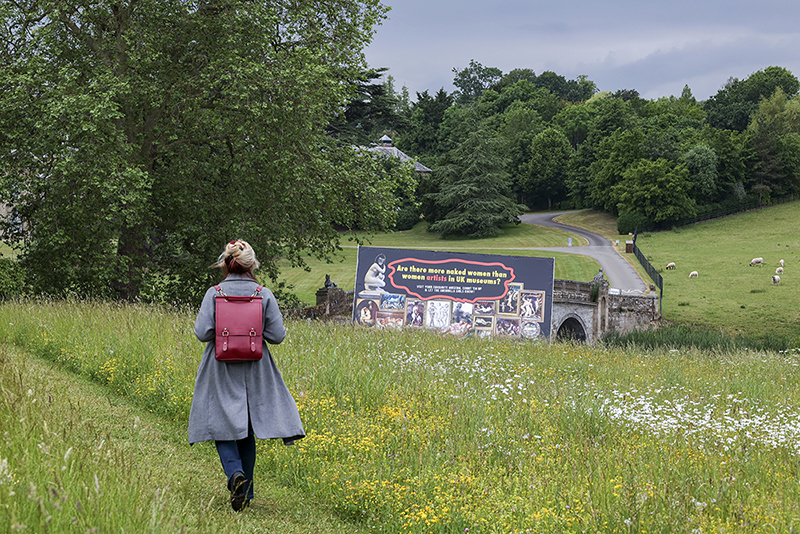 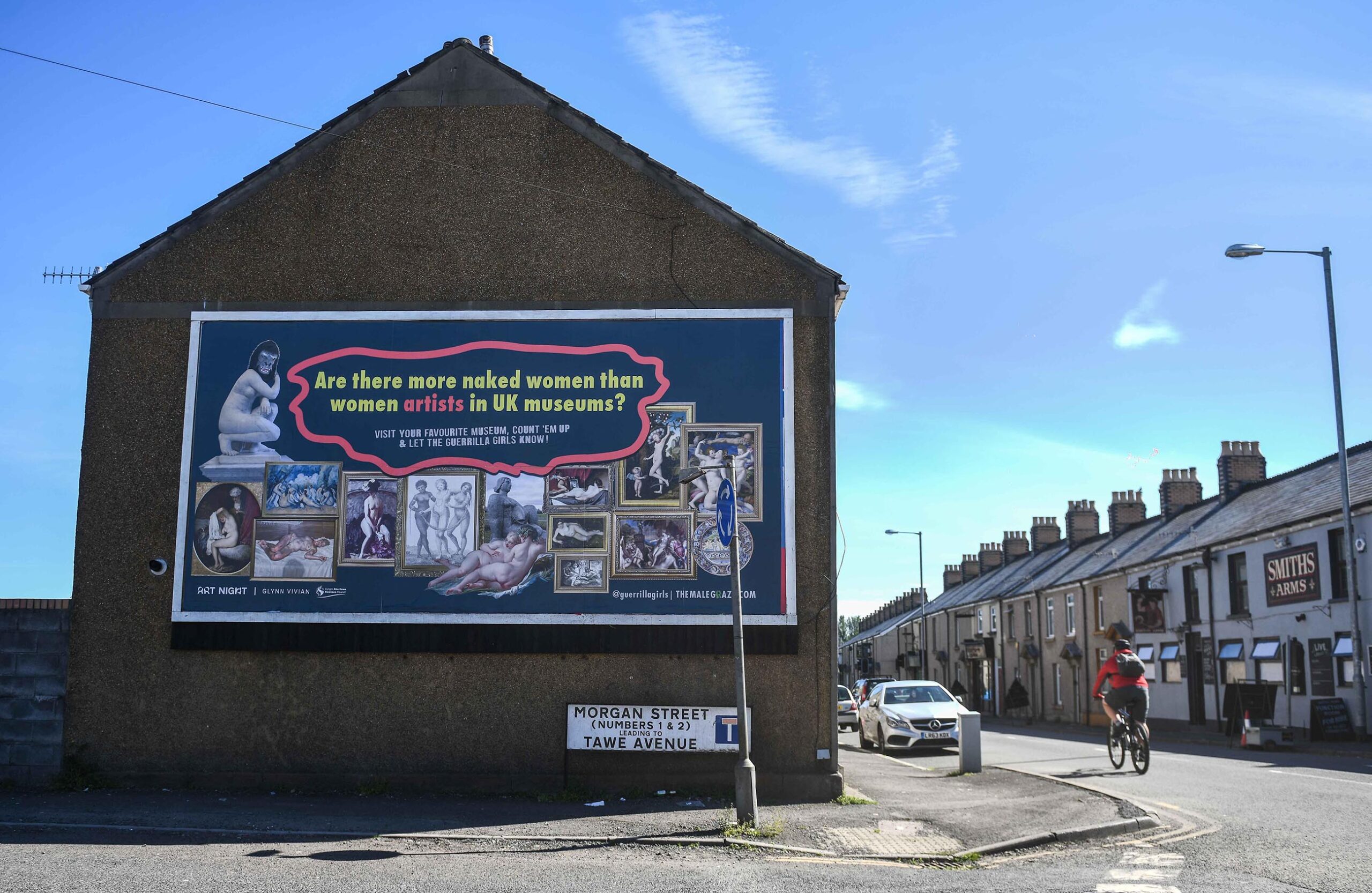 While gender imbalance within museums was certainly nothing new, the reaction provoked – at least in part – by this statistic was a form of revolt for which the art world was not prepared. The outrageous, bold and poignant works of feminist art collective Guerrilla Girls would, from this time on, begin throwing institutional gender and ethnic bias into stark and unflattering relief.

Soon, posters asking, “How many women had one-person exhibitions at NYC museums last year?” appeared on the streets of New York, stickers reading “We Sell White Bread” adorned the windows of galleries, and flyers had been slipped inside every book in the shop of the Guggenheim Museum.

This new style of direct intervention employed the visual language of advertising and, owing something to the work of Barbara Kruger, conveyed Guerrilla Girls’ brand of activism in audacious yet accessible ways.

Though remaining individually anonymous, by 1989, Guerrilla Girls were collectively receiving considerable attention. Commissioned and later rejected by the Public Art Fund in New York, a poster demanding, “Do woman have to be naked to get into the Met. Museum?” was produced the same year, compounding the collective’s growing notoriety.

The print, which featured a reclining woman, naked but for the group’s signature gorilla mask, displayed the striking statistic: “less than 5% of the artists in the Modern Art Sections are women, but 85% of the nudes are female”.

It is this unflinching critique of the underrepresentation of women artists within institutions of note that characterises the enduring activism of Guerrilla Girls, and which serves as the conceptual basis for their newest commission.

Recently unveiled in towns and cities across England and Scotland, The Male Graze is Guerrilla Girls largest UK public project to date. Commissioned by Art Night, the campaign explores bad male behaviour through the lens of art history, with billboards in 13 prominent locations asking, “Are there more naked women than women artists in UK museums?”.

In discussing this newest project, Guerrilla Girls explained, “What Art historians call The Male Gaze, the masculine, heterosexual perspective in European and American art mostly by white men that depicts women as sexual objects for the pleasure of the male viewer, the Guerrilla Girls call The Male Graze… When we looked into how some revered male artists used and abused women in their real lives, we saw a lot of grazing, not just gazing. So we want to ask: does art imitate life or life imitate art?”

In stark contrast with the examples of the passive Western nude it incorporates, The Male Graze’s message is one of both action and of protest.

Each poster invites its viewers to visit their favourite museum, record the numbers of naked women vs women artists and report their findings to themalegraze.com – a website offering both a record of Guerrilla Girls’ findings and an exploration of the real-life bad behaviour of some of the world’s most celebrated artists.

By encouraging our participation in Guerrilla Girls’ work, The Male Graze aims to foster a deeper understanding of art in our culture, encourages us to confront artists head on, and challenges us to explore the priorities and practices of our cultural institutions.

In the 37 years since the Museum of Modern Art staged An International Survey of Recent Painting and Sculpture, much has changed within the art world: Guerrilla Girls’ archive is now housed within the Getty Institute and, in 2017, their work was presented at MoMA’s own Feminist Features Symposium.

However, despite these signs of progress, there is still much work to be done. In New York City in 1985, Guerrilla Girls embarked on their mission to unmask corruption and prejudice across the arts and in towns and cities throughout UK today, this work remains as important as ever.

The Male Graze can be seen at 13 locations across the UK until 18 July 2021. Find a full list, and explore the projects’ accompanying digital programme, here.