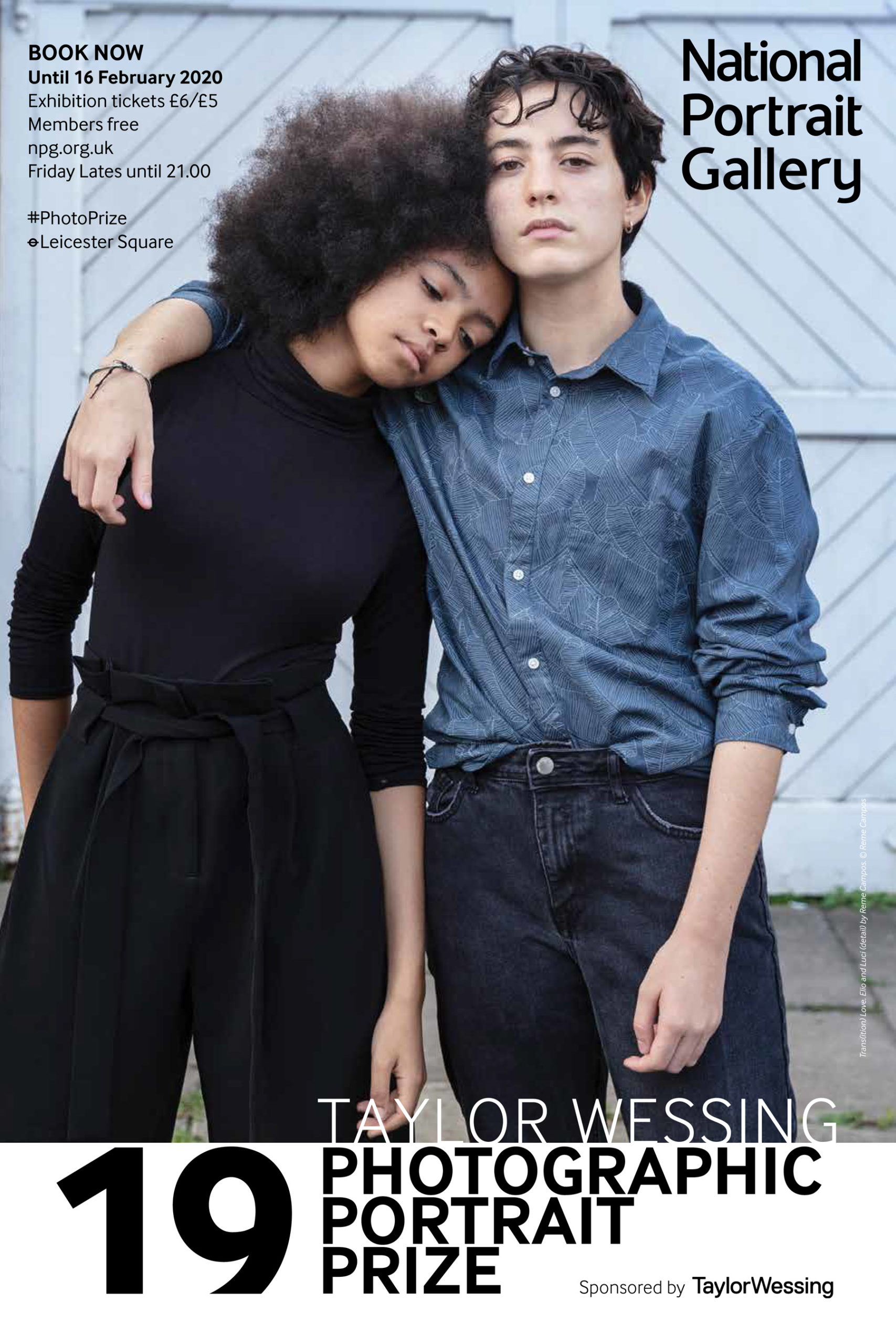 I met Reme in her cosy basement flat in west London the day after the UK left the EU. Born in Madrid, Reme has lived in London for several years. After studying at Central St. Martins, she steered her practice towards a specialism in portrait photography. From street children in Kathmandu to famous artists and writers, her work has been published in the Observer, the Telegraph, Marie Claire and Vanity Fair. I wanted to talk to her about her portrait in the National Portrait Gallery Taylor Wessing exhibition.

How do you feel about a portrait from your Trans(ition) series being in the Taylor Wessing exhibition?

It’s quite a good thing happening for me. It has always seemed like an impossible task – I know people who have applied 5 or 6 times. A friend of mine suggested I present the transgender series, and it happened. It’s such an important platform because this is all about portraits and it’s global. I feel very proud that these two kids [in the portrait] are going to be there as well…well, they are there.

Tell me about the Trans(ition) project.

Funnily enough this started with a Brexit project which I began two years ago, after the referendum. I initially photographed Elio and Luci separately and asked them a few questions about Brexit. Then, discovering they were a couple, I photographed them together because I thought they looked great! They were a very young couple, it was their first relationship; they actually stayed together for two years after that. I’d met Elio and Luci through another girl I photographed: Cherry. These were her friends. She thought that Elio, being partly Spanish, would make a good sitter to talk about Brexit. And whilst working with him, I found out that he was transgender. From this, it snowballed – Elio introduced me to quite a lot of his friends who were transitioning, including Luci, and that’s how everything started.

When he opened up about how he felt about his body and the feelings he had been experiencing from the age of 5 or 6, I became fascinated. In a way, I suppose I didn’t really understand it myself and this was a way for me to make sense of these realities which are experienced from such a young age.

Talking to them was amazing. They were very eloquent, intellectual and confident kids, they wanted to study (or were studying). I remember thinking, ‘Wow, I wish I had been like that when I was 17. People need to know about them.’ They presented as very strong portraits because they have so much to offer, to say to the public. I really wanted to try to get their ideas (in their own words) out there. The thing is that these teenagers are very strong on the inside, but they are also living through a form of conflict with their assigned gender. My approach tries to represent some of the psychology of the subject – talking to these young people, I was able to get into their minds by noticing their body language and expressions, by kind of “feeling” them as they spoke. I absolutely wanted to present them as they are, as people who have something to tell us, and who we can learn from.

When I started listening to them, I decided it might be good to record them, and suggested this to them. Apart from one sitter who preferred not to, they felt it was more interesting to not only show their portraits, but for them to have a space to express their individual voices on the subject. Some spoke, others wrote and performed poetry.

At this point, Trans(ition) took over the Brexit project. For me, it gave me some sort of relief from talking to so many young people about Brexit and, in so doing, thinking overly about my own position in these political shifts. It was good to move on at that moment, to work on something distanced from me – and also of much interest. I noticed that as I embarked on this idea, there was a lot of coverage in the media about transgender issues. This could be why my work was chosen for the exhibition – it was just very “on” at that moment.

On your application for the Taylor Wessing Portrait Prize, you speak about your compositions, about how you pose your subjects. You also speak about your work being ‘quiet’, ‘subtle’ and also ‘desaturated’. Why these things?

I don’t usually tell my subjects what to do. I wait for them to do whatever they want. That’s the quietness in my approach. People often have a lot to give. It’s better to say nothing to them because when you do…you break it. Some people do need a little direction, sure, but with Elio and Luci, everything they did was just amazing so it was really quiet – I didn’t talk, I just photographed how they were behaving. It was also quite a dark day – a dull, grey February day. There was no sun. So everything kind of worked to make the images unsaturated and subtle. Some viewers can get a lot from just looking at the portraits themselves. My work has recently been in a show in Bologna, and it was really good to overhear one visitor comment on the fact that my works needed no explanation. Just looking at them, she understood a lot. 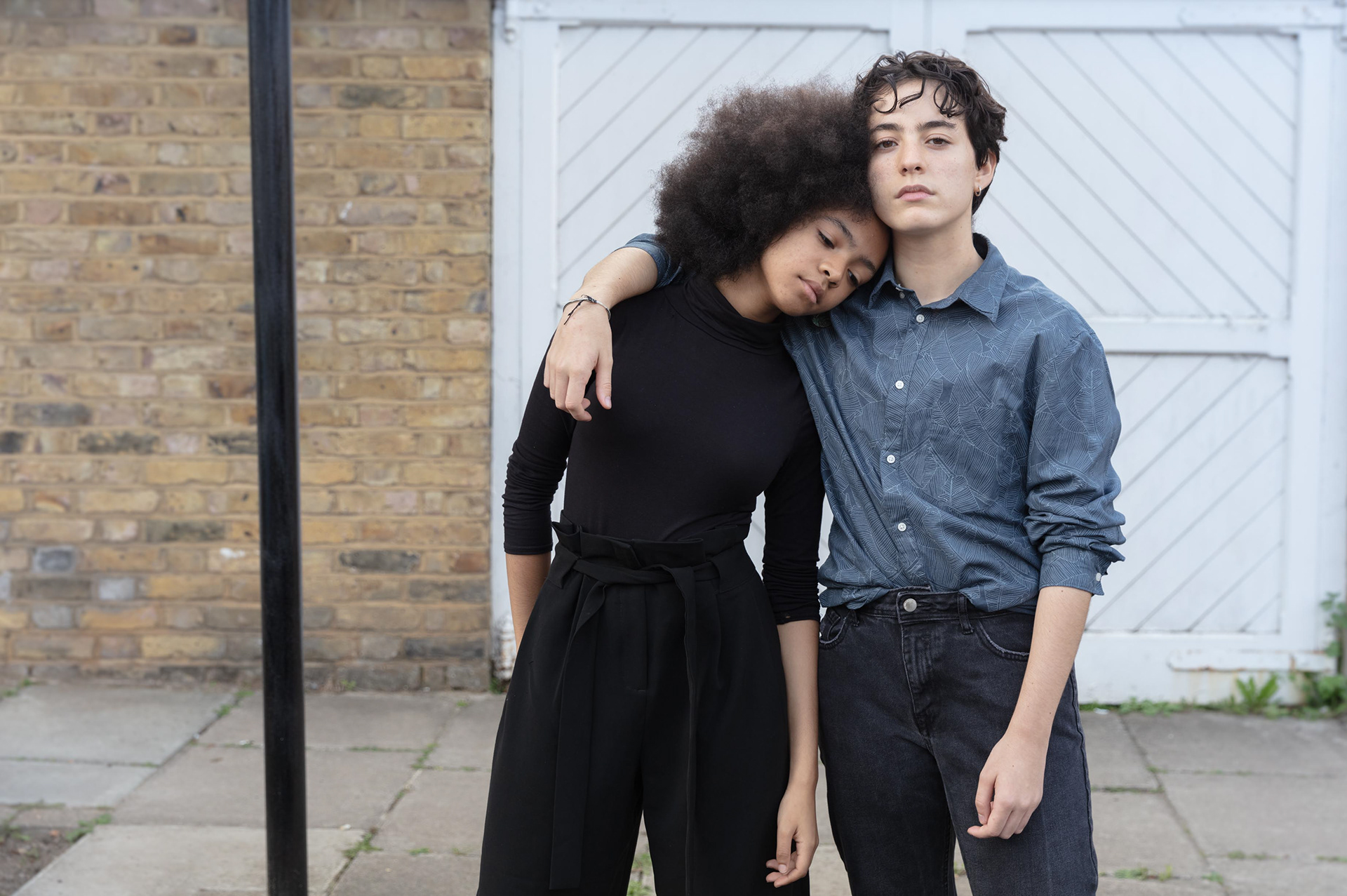 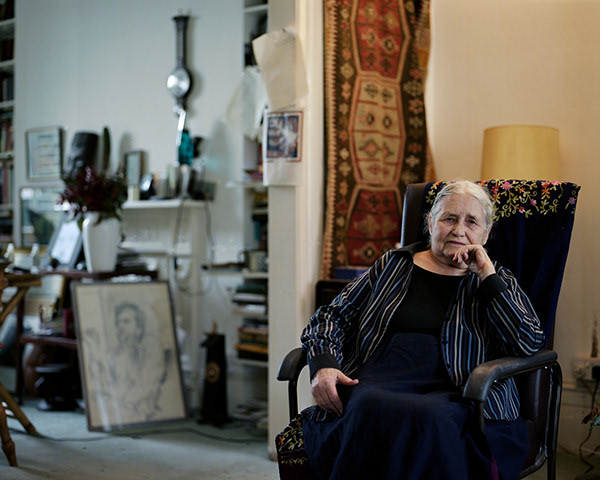 You have other works in the National Portrait Gallery collection. Of whom?

Does any one of them have a particular resonance for you?

It’s very difficult to single one of them out as a piece that is important for me. But if I had to choose one, I think I would go for Doris Lessing. I took so many portraits of her but this was the one the Telegraph chose.

What Doris Lessing did was get something out of me. She was like my counsellor while I was taking the portraits. Knowing I am Spanish, she asked if I liked Franco (and of course I don’t like Franco!). Initially, I was trying to get the shots done in the time I had, but she just made me slow down. She noticed I was looking sad and asked me about what was happening. When I said I only had an hour to get the job done, she just shook her head, asked me to sit down and made me a cup of tea. We spoke for well over an hour. She made me feel like she was almost part of my family, like I had gone to visit my granny or something! It was just so amazing the things she was telling me about her past. After we talked, drank tea and stroked her cats, we took the portraits. But she just kept talking and talking, she wouldn’t let me go. So when I found out she had died I was really sad. But she was beautiful.

Let’s go back to the Trans(ition) series, and the fact that they sprung from the Brexit project. You’re reviving that project. Very timely, now that Britain has left the EU. Can we speak a little about this project?

When Brexit begun, I thought a lot about my own situation, about becoming a “foreigner” again and what that would mean. I then concluded I had to stop thinking about myself and started wondering how young people would be affected. Really, this is going to be their problem – it will affect their ability to study, to do Erasmus, to travel around. So I wanted to talk to them to know how they felt.

What I learned from them is that young people are quite resilient in a way. Maybe because they are young. Don’t you remember when we were younger, when you were 16 or 17, you learned from things that happened. Things change, but you respond to them. Things change. So let’s try to make the best of things because they are going to keep changing all the time. That was one of the main things I learned from them. They weren’t horrified about it, they didn’t think everything was all over. No. They actually thought, ‘No, fuck it.’ If you read a little of what they say, it’s really quite amazing. They are very resilient and that’s one of the things I like about photographing young people. It makes me feel better in a way, it gives me hope. You just have to keep going.