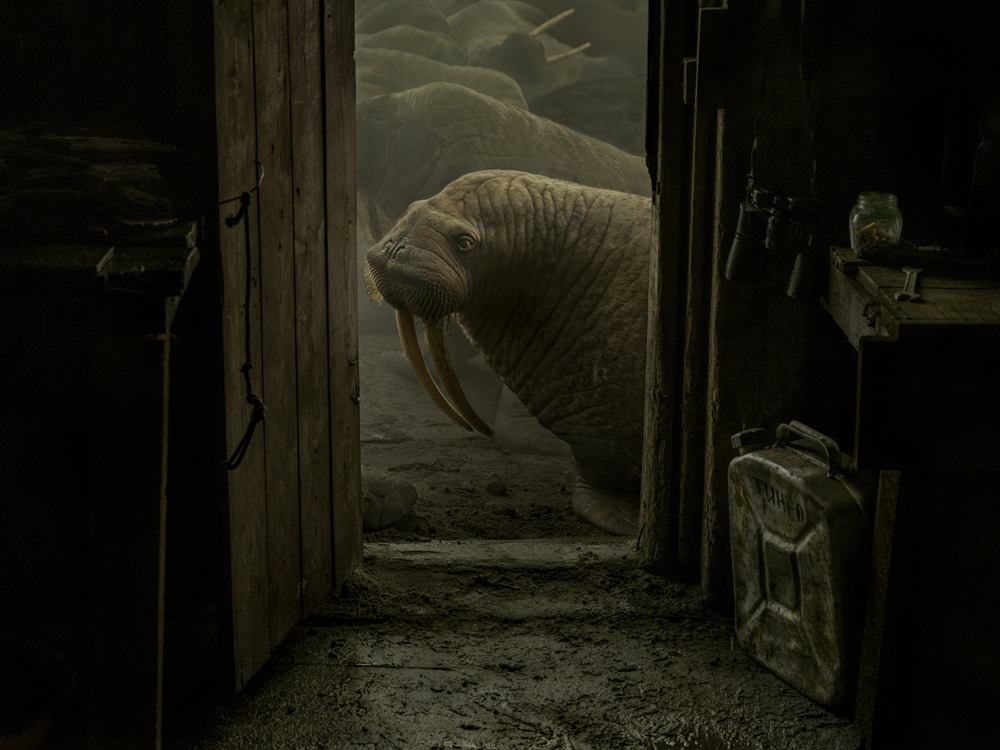 … a halcyon land ‘beyond the north wind’ (Boreas) where a race of gentle giants (Hyperboreans) lived on fertile ground, where peace reigned, and the sun always shone. 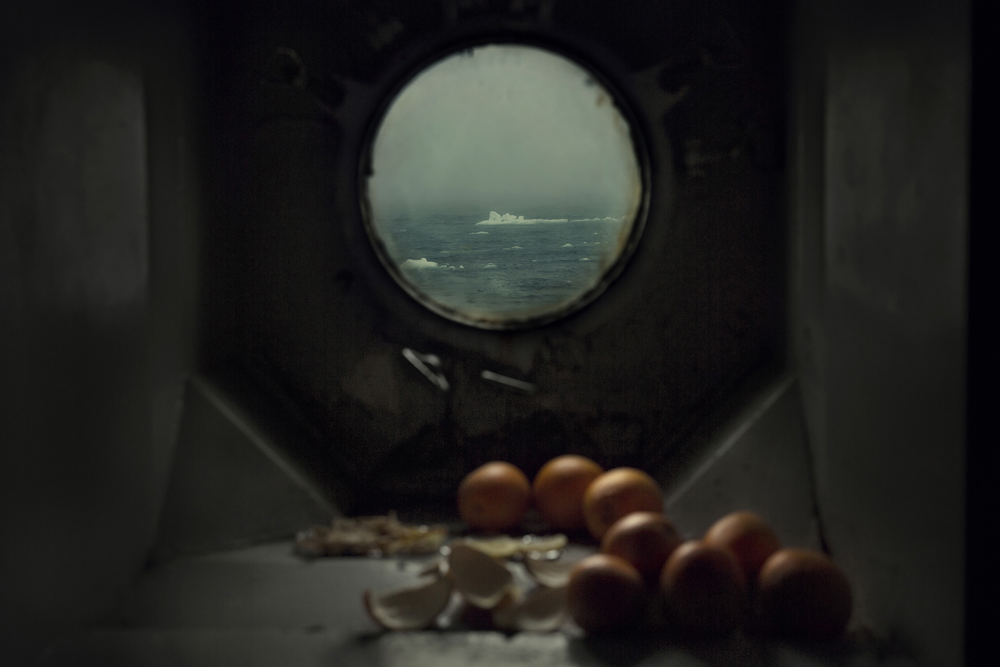 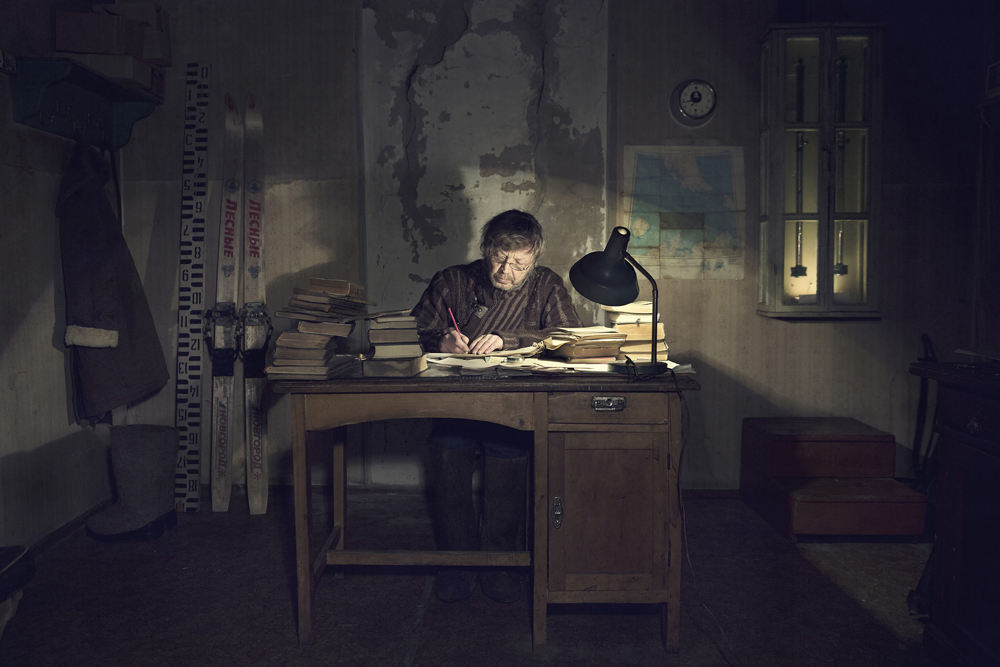 Hyperborea – Stories from the Russian Arctic

The word “Hyperborea” comes from Greek Mythology where a race of giants lived “beyond the North Wind”; this narrative describes the subject of Evgenia’s work perfectly. Drawing inspiration from her birthplace, Tiksi, a remote port city on the Laptev Sea coastline, Evgenia travels back to Russia to document the livelihood of those who call the far north home.

The audience steals a glimpse of Slava’s life as an isolated yet dedicated guardian of a meteorological post in the Russian Arctic, Weather Man (2013). Returning to her project and supported by the Geographic Society Storytelling Fellowship, in 2018-19 Evgenia explored three other outposts in Russia’s snowy landscape. During her second exploration, Evgenia photographs a couple and their dog, who amidst a great expanse of white appear like the fabled giants of Hyperborea.  From Chukotka, the huddle of walruses pays no mind as it passes through the town.

Evgenia’s work is an amalgamation of documentary photography and fairy-tale lighting, creating a stark yet fragile world. The harshness of the isolated terrain is written within every wrinkle and shadow yet a warm resilience remains. Evgenia has managed to intimately introduce a way of life that most could never imagine unless depicted within the pages of a storybook.

“I have always been fascinated by early maps of Hyperborea and the way the Arctic was alive in people’s imagination before they even set foot there. It continues to be associated with the magical and sublime.” – Evgenia Arbugaeva.

Bringing the conversation online, The Photographers’ Gallery has created a series of talks to accompany Hyperborea – Stories from the Russian Arctic, with a special talk from Evgenia Arbugaeva on Wednesday 9 December. Want to explore Evgenia’s magical landscape on the move? A podcast where the artist takes listeners behind the scenes of six images will also be released. 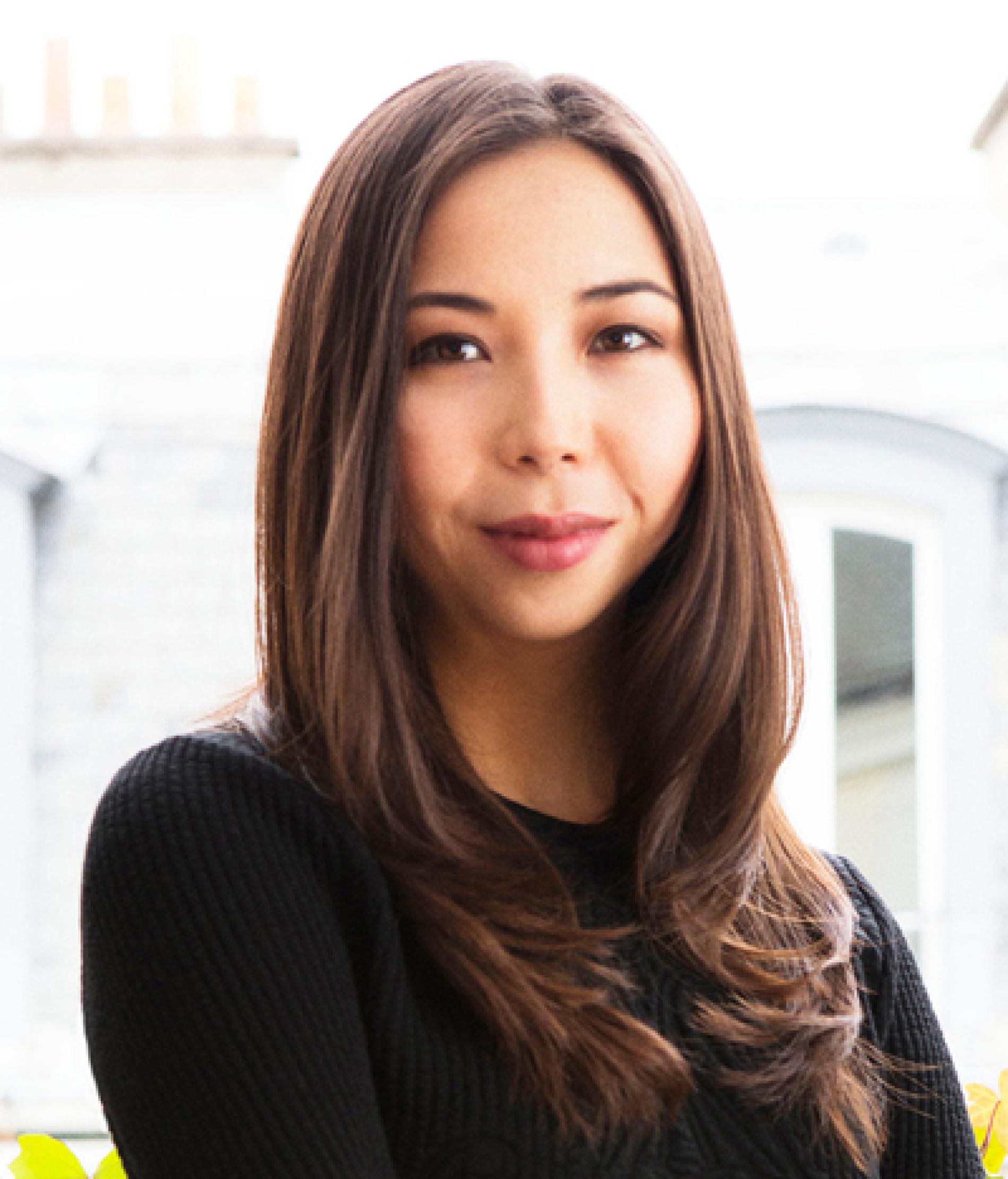