Glitch Feminism is a post-Y2K exploration of femininity, queerness and self

By PlanetHeroines29th May 2021September 1st, 2021No Comments 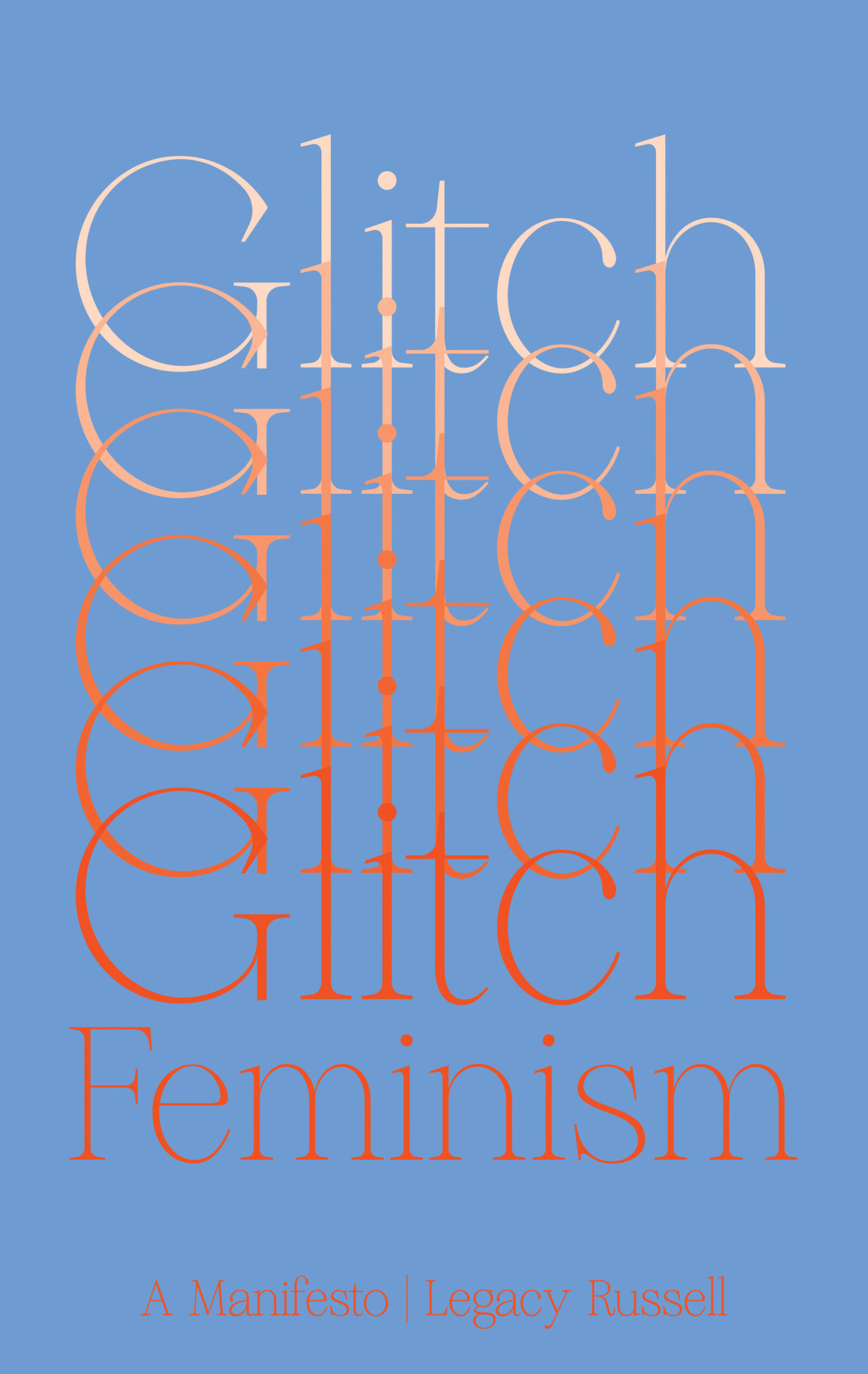 Legacy Russell opens Glitch Feminism with a fragment from her own digital girlhood: her username of choice, LuvPunk12.

I was born in the summer of 1999, in an unremarkable August of an unremarkable year. Hanging over 1999 was the promise of the new millennium – but first, the glitch. The millennium bug – also known as the Y2K glitch – was prophesied to collapse all computerised systems, taking with it the digital infrastructure that had come to underpin the modern world. When computer clocks ticked into the 2000s and the Y2K glitch failed to manifest, many consequences were set into motion: global interest rates were saved for another eight years, governments had wasted $448 billion on preparations, and I was assured of a thoroughly digital girlhood.

I spent many of my teen years on the now much-defunct blogging site Tumblr, generally embarrassing myself and ignoring the late 2000’s internet safety advice of don’t talk to strangers. Within my digital girlhood, I became many people: when a stranger asked asl?, I would reply 18/m/California, or 20/f/Paris, even though I was 12/f/Mychildhoodbedroom.

Legacy Russell opens Glitch Feminism with a fragment from her own digital girlhood: her username of choice, LuvPunk12. LuvPunk12 sprung to life when Russel found a sticker stuck to the phonebox across from her childhood New York apartment, swiftly becoming her moniker across internet forums. As a “fledgling body”, LuvPunk12 was a “nascent performance, an exploration of a future self”: a testing ground for identity when beyond her doorstep, “in the light of daytime”, she felt trapped, “always shifting under the weight of incessant white heteronormative observation”.

Through LuvPunk12, Russell explored her blackness, her queerness, and her femininity.

Through LuvPunk12, Russell explored her blackness, her queerness, and her femininity. Emboldened by the anonymity and mutability of identity on the internet, Russell performed many different selves. As she performed, her female “transmogrified”, and so she set out to “explore man”, then doubling back to “expand woman” on the way. She was sixteen, she was twenty, she was seventy, she aged, she died. Here lied, she thought, the glitch.

Within the “cybernated landscapes” Russell traversed, “I claimed my range”, she writes. Range is what the glitch is about: in her first chapter, Russell decolonises Walt Whitman’s Song of Myself, 51 to apply to the glitch its expansive construction of selfhood (I am large, I contain multitudes). Each chapter builds on this understanding, furthering the definition and application of glitch as “ghost”, “virus”, “skin”, “cosmic”, “remix”. Glitch is refusal, glitch is nonperformance, glitch is subversion. The glitch refuses categorisation within any colonialist, sexist, binary, and heteropatriarchal framework – it is the “rainbow wheel of death”, spinning endlessly on your computer screen.

Part memoir and part manifesto, Russell’s poetic prose moves effortlessly between illustrations of her argument drawn from a wealth of art projects, connecting Kia LaBeija’s photography documenting her experience with HIV to Lil Miquela, an Instagram AI influencer created by a company, to discussion the topic of the “anti-body”. Russell tears down all arbitrary division – moving beyond binary modes of thought, “some kind of fiction”, there is limitless potential for gender and self-expression. Russell rejects the gap cleaved between the ‘digital’ and the ‘real’ in cyber scholarship, instead opting for terms that better represent the continuity between the digital and life away from the keyboard (AFK). Looking to eschew hegemonic systems of capitalism and gender, ‘the digital world provides a potential space where this can play out.”

Glitch Feminism is thus an important entrance to the cyberfeminist canon. Adventuring on “internet 1.0”, Russell did not find liberation of the sort proposed by early cyberfeminist thought, a conceptualisation of “liberation” traced from white girlhoods like my own. Instead, Glitch Feminism centres the experiences of persons that computer technology and cyberfeminism alike eshewed: non-binary persons, people of colour, queer persons. Russell posits that this digital invisibility can be a benefit to those excluded, becoming “ghosts in the machine” unreadable by AI technology. Russell ends with a call to “usurp the body”, and “become your avatar”; Russell revels in a collective embodiment of “ecstatic and catastrophic error”. With such forceful prose, it is hard not to join her – twenty-one years later, and the glitch is back.