By Gabby Kynoch18th March 2021No Comments

“Kabul, Afghanistan; December 2001, Murals were painted to teach people how to recognise and avoid the various landmines which litter the country. Now unexploded cluster bombs from the US bombing have added to the potentially lethal weapons lying around, traps for children looking for playthings”.

How can we find love in 20 years of war?

How can we find love in 20 years of abuses?

How can we find love in 20 years of death?

“Butare, Rwanda; Monday 18th December 1995. In a small shack amongst sweet potato fields meet Consolee Mukakalisa – a young woman who a year ago put her hands up to protect her face and had them slashed”.

How can we find love in 20 years of mutilations?

“Mozambique, 1986. Displaced by the war, exhausted after walking 100 km, with only sacking to wear, weary and sad before seeing the camera”.

How can we find love in 20 years of displacement? 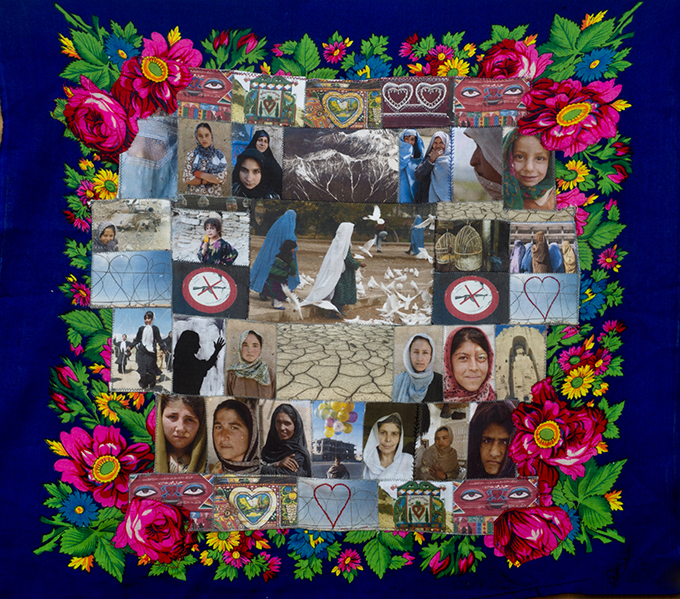 Afghanistan Quilt © Jenny Matthews. Courtesy of the Artist and FORMAT21

Women and War 1982 – 2002  is a groundbreaking, critically acclaimed book by British documentary photographer and filmmaker Jenny Matthews. Published in 2003 and followed by a worldwide exhibition, it is a poignant and dramatic account of twenty years of women’s lives being afflicted and controlled by conflicts taking place throughout the world. From the war of Independence in Eritrea, to the genocide in Rwanda, to the more recent struggles in Iraq and Afghanistan, Jenny’s work is not just a record of the devastating effects endured by women. It is, above all, a deeply moving ode to all women as survivors.

In 2011, Jenny’s work was exhibited at Farleys House and Gallery, the former home of renowned American war photographer and surrealist artist, Lee Miller. Akin to many other pioneering women photojournalists, her work introduces a feminine approach to war photography. Although historically war has been considered a male ‘occupation’, many women photographers have documented atrocities on the battlefield as well as behind the scenes,  focusing on the lives of ordinary people – especially women, mothers, and children. Women photographers have chronicled the tragedy in many different ways; some of them turn the lens towards the challenges of everyday life during the war, while others depict the horror of death. However, the message remains the same; while war has an ‘unwomanly face’,  women have long been at the very centre of it – either as victims suffering unspeakable acts of violence, or militants fighting on the front lines. They are breadwinners and guardians who have shaped history.

While in Sierra Leone, Jenny photographed women who have been raped and mutilated. In Eritrea and Nicaragua, those women are part of the militia; elsewhere, they are captured while trying to maintain and reconstruct their communities. Jenny is interested in the roles they play as well as their feelings and experiences. Their stories are painful, but they are also brave and inspirational; they are stories of separation and reunion, silence and protest, loss and victory. Her current exhibition at FORMAT21 – Seven Patchwork Hangings Concerning Woman and War– responds to this year’s theme, ‘Control’, and anticipates the second chapter of her work, Stories of Love and War. The former element is crucial; Jenny’s work emerges as a delicate, humane labour of love in its nature, making and materiality.

Using the patchwork technique, which dates back around 5,000 years to early age China and Egyptian tombs, Jenny’s exhibition considers the last twenty years of her career as a documentary photographer. While this encompasses twenty years of witnessing the barbaric effects of war on women’s bodies and souls, her work exemplifies their courageous attempts to reclaim control over their lives – a process of making which mirrors Jenny’s collage technique. Through her work, Jenny creates an archive of memories and emotions, reorganising and transforming them into a lively, powerful tribute to the resilient women she met. Sourcing textiles from the many countries she has worked in, she has printed her images onto linen sheets and then sewed them together.  The result is a series of seven patchworks hangings, a structural evocation of life under controlled conditions.

The Palestine patchwork features a segregating wall; Afghanistan is comprised of portraits of women, abused by a restrictive patriarchal society. The Refugee quilt is a collage of images of refugees from Africa and the Middle East, who have been displaced and forced to live in small camps delimited by barbed wire. Egypt shows photographs of birds flying over Tahir Square, suggesting the freedom which is regularly denied; Rwanda includes photographs from the 1994 genocide, highlighting the controlling power exerted over an ethnic group. Finally, Iraq consists of two different works – the first combining photographs of a disfigured Saddam Hussein, the second portraying the victims of his regime of terror.

In these patchworks, Jenny’s diaries of human struggle have been shaped and moulded; almost cathartically, these stories have been layered, sewn, and interwoven into something full of grace and dignity. The embroidered faces of women who have survived genocide and abuse emphasise their indomitable spirit, despite the silent humiliations and the inconceivable brutalities. In the face of violent conflict, Jenny’s tender, forceful work is irrevocably rooted in love. 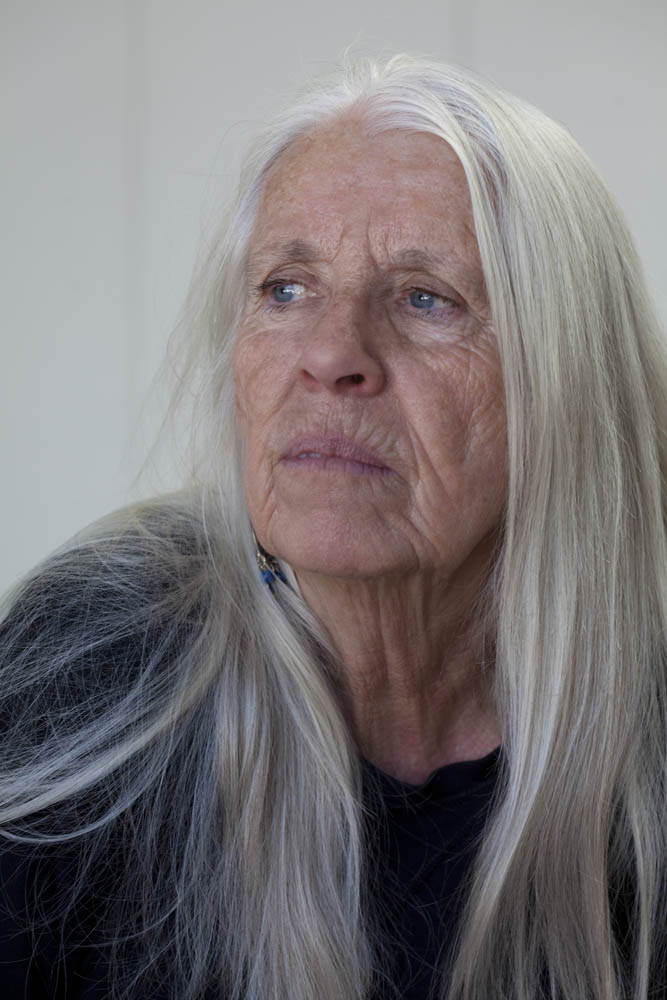