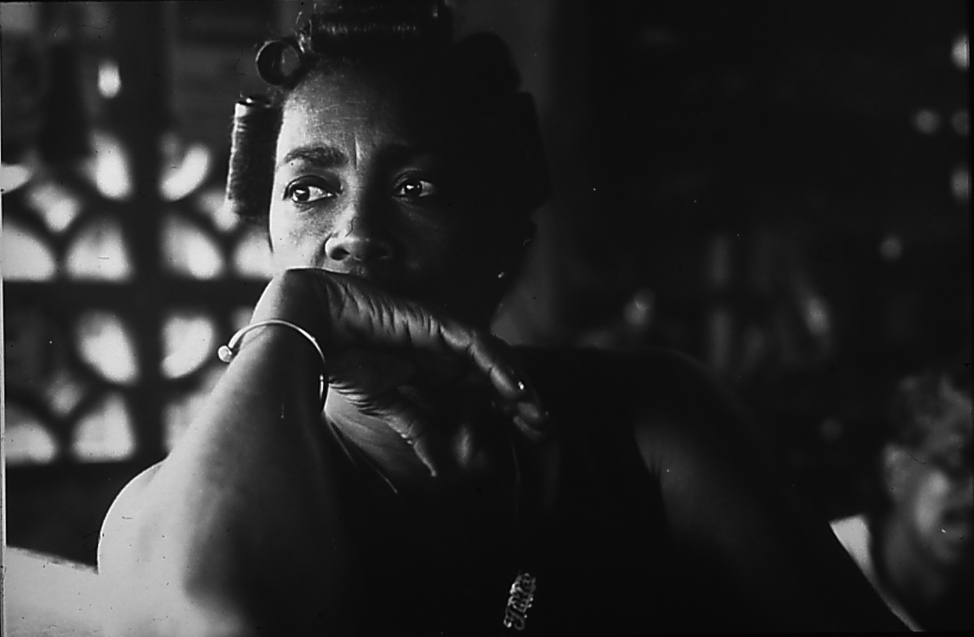 We’re building a virtual Cabinet of Remedies and we’re offering you the opportunity to share your writing with our community. Through your work, you can help shape this important archive for the future.

Since we’ve been in lockdown, we’ve found much solace in Alain de Botton and John Armstrong’s book, Art as Therapy. They talk about how art can connect us to our inner worlds and unique needs, identifying a number of psychological frailties to which art can be an antidote. Within this framework, we are asking artists to respond to the current situation. We are using this artwork as the foundation of a dialogue between visual art and the written word.

“I met Julia in in Bocas del Toro in Panama while researching the work Memory & Skin. She was part of a community that differentiated themselves from the other Panamanians of African descent through an antiquated form of English language.

The black community of Bocas del Toro were descended from the emancipated slaves of the English speaking Islands who refused enter the apprenticeship system. Slavery was abolished in the British West Indies with passage of the Slavery Abolition Act of 1833. However, contrary to popular belief the slaves were not immediately free. A system of apprenticeship was implemented alongside emancipation. This required slaves to continue laboring for their former masters for 4-6 years in exchange for provisions.

Julia da Cunha’s ancestors emigrated to Panama for a better life. At first they earned a living working in the cane in the north of the country, then later formed the main workforce that built the Panama Canal. The meeting with with Julia and her community sparked my interest in the connection between language and identity. This lead to my interest in endangered languages and development of work with a family and community in South Africa’s Northern Cape around the moribund language of N|u.”