By an Eyewitness – Azadeh Akhlaghi

We often speak of photography’s capacity to evoke another era, but what happens when the camera itself travels to the past, capturing images of events which were never photographed at the time? Iranian photographer Azadeh Akhlaghi (b. 1978, Shiraz) provides an answer; since 2009, her focus on conceptual art and staged photography has led her to re-create seventeen prominent deaths from Iranian history in candid detail. Depicting what Azadeh refers to as the ‘mysterious deaths’ of filmmakers, journalists, activists and politicians, By an Eyewitness bears witness to the turbulence of Iran’s modern history; the photographs are at once a record of localised and national distress, and an attempt to understand a frequently obscured version of events.

Taleghani, Mazieh, Azar, Arani; in dramatic panorama, time stops. Each name marks a moment of violence, but beyond this, the photographs are a testament to the humanity of the victims. We see the bodies, strewn in plumes of dust and blood; the names become more than letters printed in a history book. We see the panic of the bystanders; we become bystanders ourselves. The captions for each image – excerpts from eyewitness accounts and memoirs – fill in some of the blanks, but there is ambiguity at the heart of trauma; memories are distorted. Azadeh emphasises that the images are ‘not history’ – they are simply representative, based on conflicting descriptions. She emphasises this by becoming an eyewitness herself; from behind the camera, Azadeh, too, watches on. 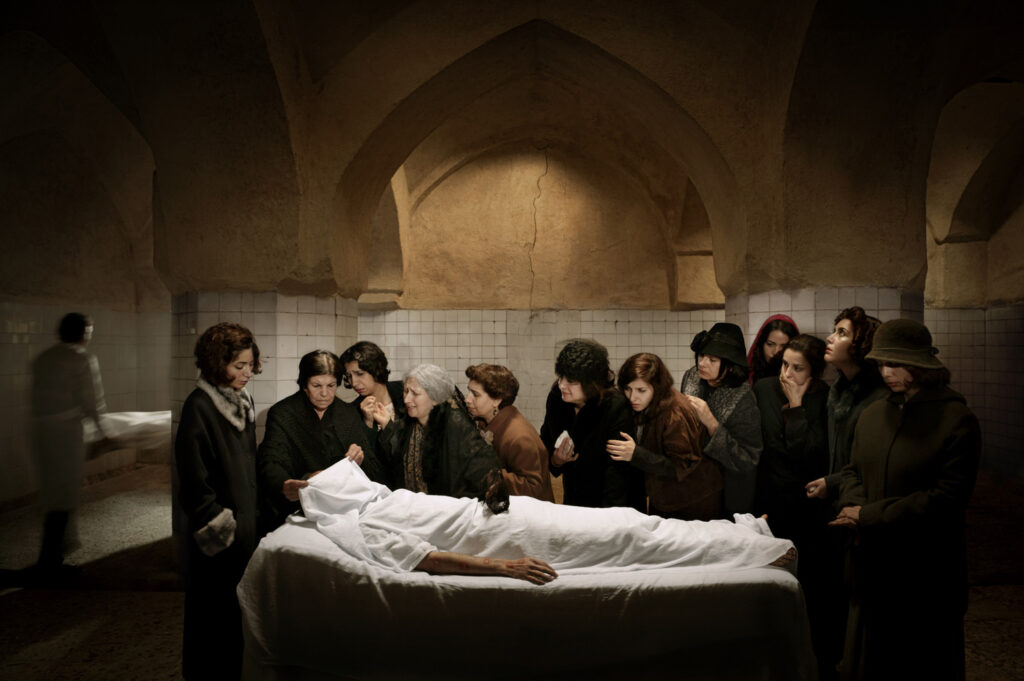 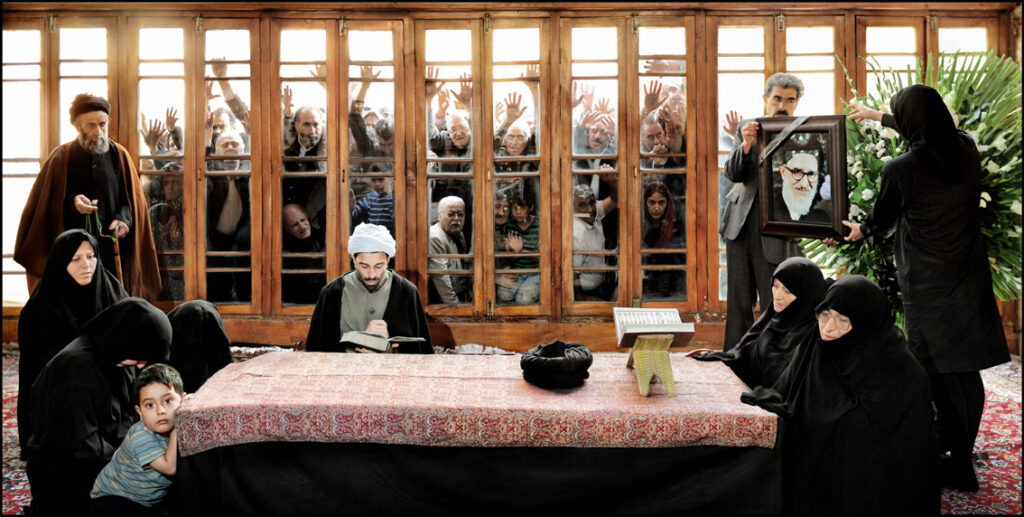