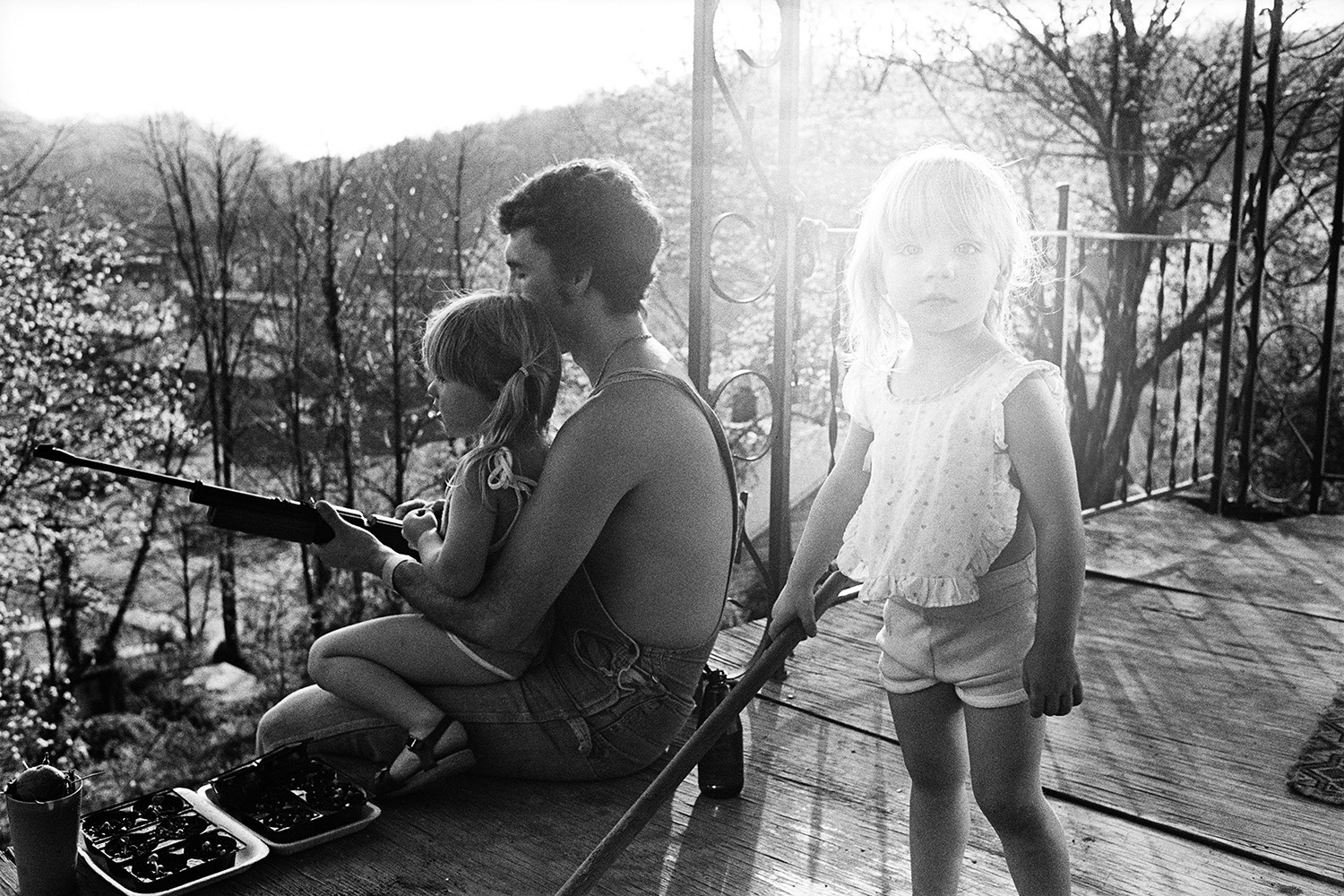 There’s nothing more hallucinating than Moonshine and reefers on a hot, sultry summer evening out on the porch, in the silence of the mountains, with only the zoom of the bug zapper or the twang of the hillbillies’ voices rising as they grow merry.

One of the most revered women in photography today, Bertien van Manen’s first solo exhibition, Moonshine, is currently being held at Annet Gelink Gallery. The exhibition borrows from the documentary photographer’s 2014 book by the same name, showcasing works created between 1985 and 2013.

Bertien’s work focuses on people living in the North American Appalachian Mountains. Removed from mainstream society, they live on the fringes and are often subjected to the antithesis of the ‘American Dream’ – the promise of opportunity and upward social mobility in return for hard work. Referred to via derogatory terms such as ‘hillbillies’ and ‘moonshiners’, the prevalent stereotyping of this group results in a lack of social and political support.

‘Moonshining’ refers to the practice of making alcohol without the government’s authorisation. Appalachia, due to its remoteness and difficulty of access, was an historical hotspot for the illicit production of alcohol. The lack of proper infrastructure such as roads meant that farmers could not get their crops, mainly corn, to the markets in time; it was easier and more profitable to transport the corn in the form of alcohol.

The trade emerged during the American Civil War and phased out by the mid 90s as other opportunities to make a living became viable. While the industry is not what it used to be, the myth of ‘moonshiners’ and the associated connotations — that they are cold, harsh people living on the wrong side of the law — remain.

It is this myth that Bertien aims to debunk through her intimate portraits of the lives of the Appalachian people. Living with them for a span of three decades, Bertien integrates herself into the core of the Appalachian people’s lives. She is a silent observer who gives us a humane, ‘ordinary’ picture of the ‘moonshiners’; a child playing on a swing, a young man supporting an elderly woman’s head while she snoozes.

The time Bertien spent with the Appalachian community also charts her changing approach to photography; her black and white images eventually give way to full colour.

Honest and unapologetic, Moonshine offers a refreshing account of a culture that is too frequently obscured and misunderstood. Bertien’s images lend the community a voice, allowing them to rewrite the narratives perpetuated by a fragmentary, restrictive version of history.

Bertien van Manen’s Moonshine is on display at Annet Gelink Gallery, Amsterdam until the August 14.