By Becky Handley22nd December 2020No Comments 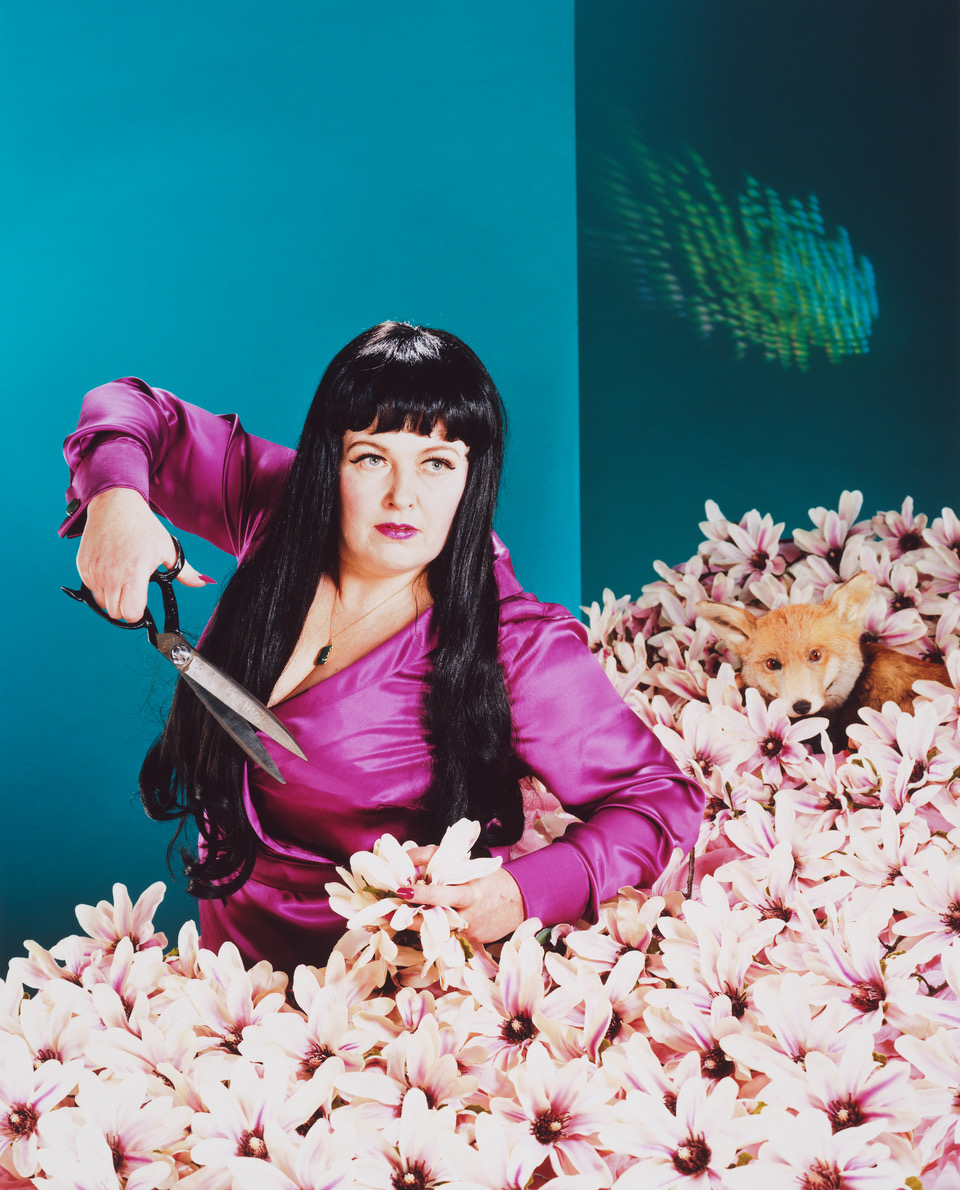 Neeta Madahar’s 2009-10 series Flora is a fascinating exploration of femininity, empowerment, and performance, presenting carefully planned sets and costumes that are simultaneously exposed for their artifice. Neeta’s work was largely inspired by Madame Yevonde’s 1935 series Goddesses, in which prominent society figures were reimagined as characters from Greek and Roman mythology. Madame Yevonde’s portraits were characterised by their bright colours and deliberate use of props and sets, creating images that feel modern, despite being taken over 80 years ago. The influence of Madame Yevonde’s distinctive style can be seen in Neeta’s series, with a similar use of costumes and props, as well as a heavy emphasis on the colour saturating her portraits.  As Neeta expands on Madame Yevonde’s fantasy world, however, she deconstructs it, revealing a complexity in her images, despite their perceived simplicity.

Neeta draws her inspiration from flowers, rather than Greek and Roman mythology, drawing on a history of associations between flowers and femininity, while literally demythologising the characters in the portraits. She solidifies this connection by intentionally choosing flowers that double as women’s names, allowing the sitter to choose the flower they felt resonated most with them and include a prop of their choice. Neeta also made a conscious choice to only name the sitter through their first name, as surnames are largely representative of patriarchal family lines, either being inherited from a father or through a husband. The image, therefore, is defined through the collaborative artistic choices of both model and photographer, allowing the sitter to take back control of how they are perceived in the image.

The subjects of Neeta’s portraits are close friends of hers in their 30s, 40s, and 50s, many of whom are also artists, writers, and photographers, including 2020 Heroine Anna Fox. In doing so, Neeta rejects the stereotypical ‘fashion’ image of women perpetuated in mainstream media, as well as juxtaposing the high society subjects of Madame Yevonde’s work. In alignment with this, Neeta also rejects digital alteration, choosing instead to build carefully constructed sets, props and costumes combined with deliberate makeup choices to create the timeless floral fantasies that very much mirror Madame Yevonde’s own portraits.

Instead of aiming for a perfect illusion, however, the artifice of Neeta’s work enhances the truth of the image: the wires that attach butterflies to the ceiling and the obviously painted backdrops do not ruin the image, but rather pay tribute to the thought and effort that has gone into them. Each image was shot on a large format camera, enhancing the idea that Neeta encourages scrutiny. These portraits are not intended to be a perfect representation of beauty, but rather tributes to the process of their creation and the real women who feature in them. 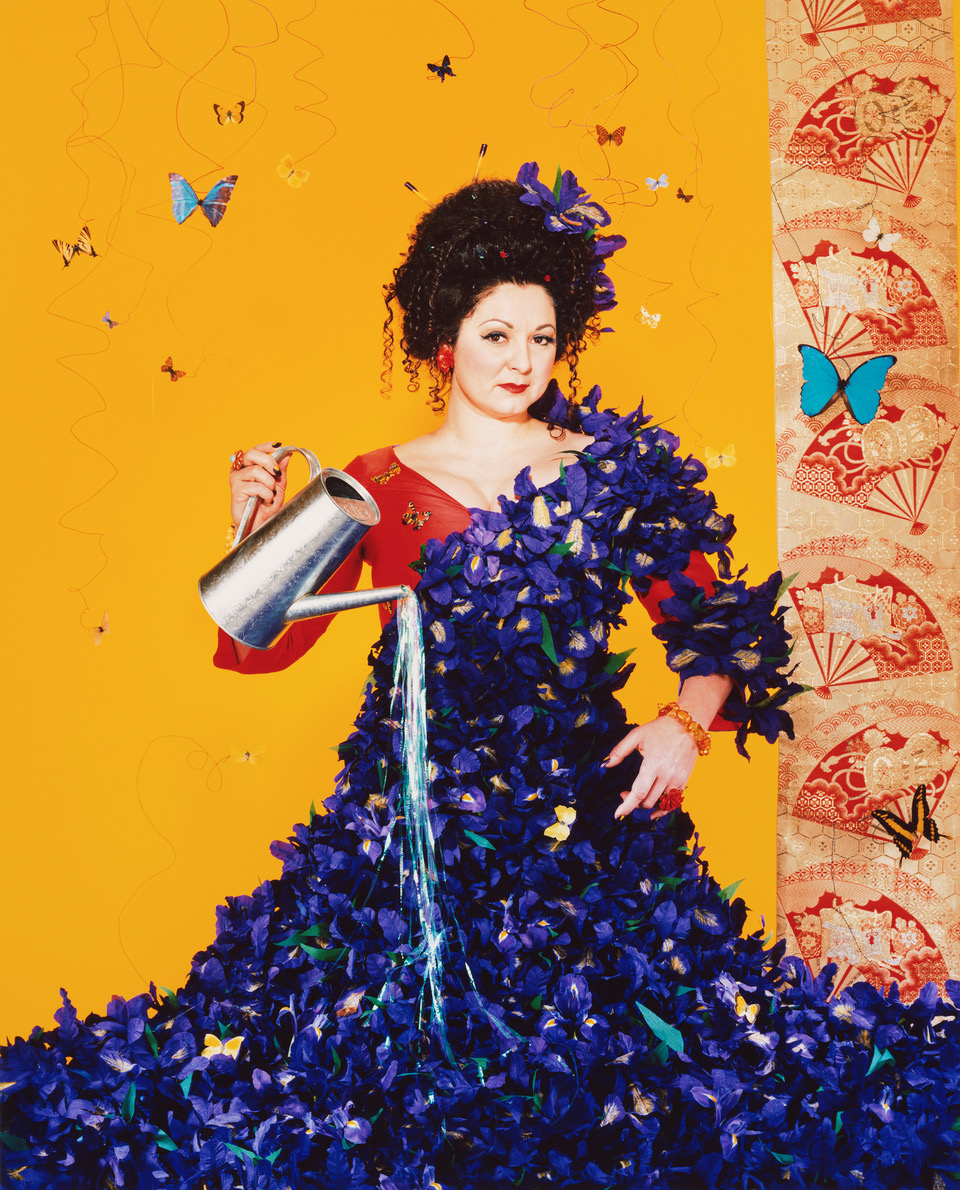 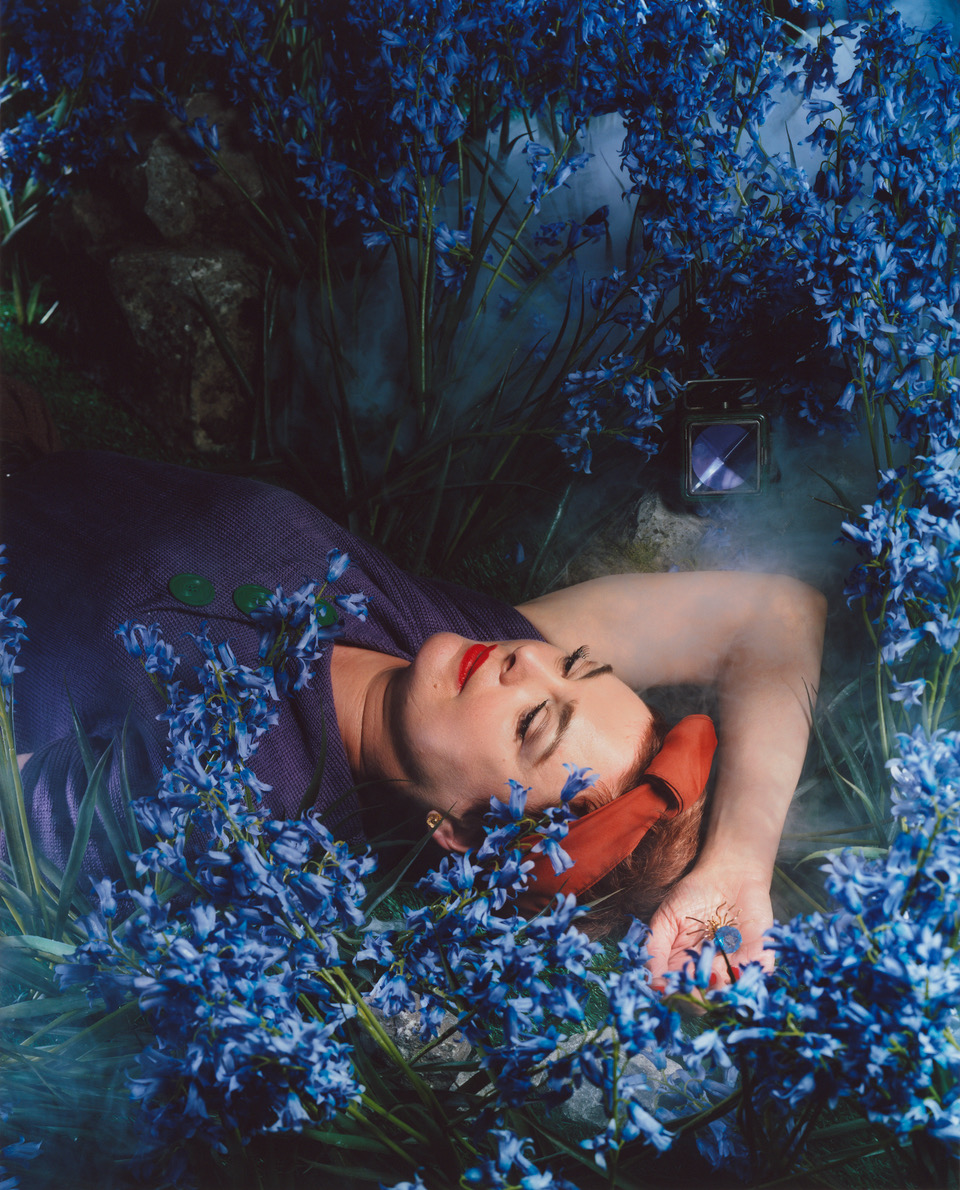