Hannah Reyes Morales is a Filipina photographer and National Geographic Explorer whose work documents tenderness amidst adversity. Her photography, both visceral and intimate, takes a look at how resilience is embodied in daily life. Based in Manila, Reyes Morales’ work explores the universal themes of diaspora, survival, and the bonds that tie us together.

On November 23, 1944, during the second world war, soldiers from the Japanese Imperial Army marched North of Manila to a small town called Mapanique, Pampanga. They tortured and killed many of the inhabitants of the village. The girls were asked to march several kilometers, where they were interred in red house, and repeatedly raped for days.

In the 1990’s a group of more than 90 survivors of mass rape in the Philippines   during the second world war gathered together and attempted to tell their story through the media, in hopes of seeking support and justice. Today, approximately 60 of them have passed away, not ever having seen any form of reparation. A few are losing their memory.

Those who remember told their stories including the women included in these 6 images.

More than half of them have passed away, not ever having seen any form of reparation. A few are losing their memory. Those who remember told their stories to Filipina visual storyteller Hannah Reyes Morales.

“We came home to ashes,” Isabelita, one of the Grandmothers, tells her about coming home from their interment. Hannah wanted to focus on what they have rebuilt since the trauma.

Roots from Ashes seeks to document the lasting impact of sexual violence and colonisation on women’s bodies, exploring the ways the grandmothers have healed together, affirming their stories when many forgot. 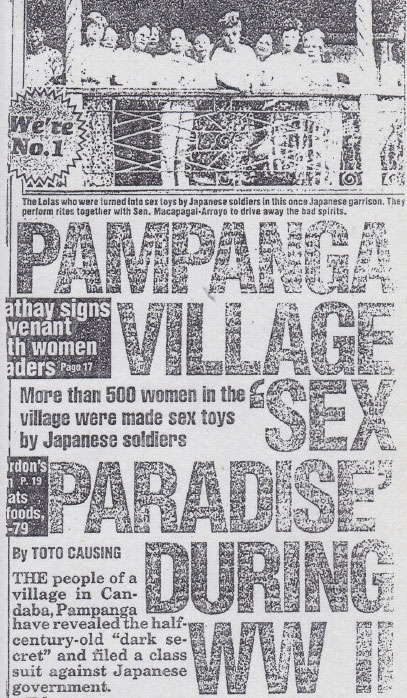 Return to the
Women on Women
homepage