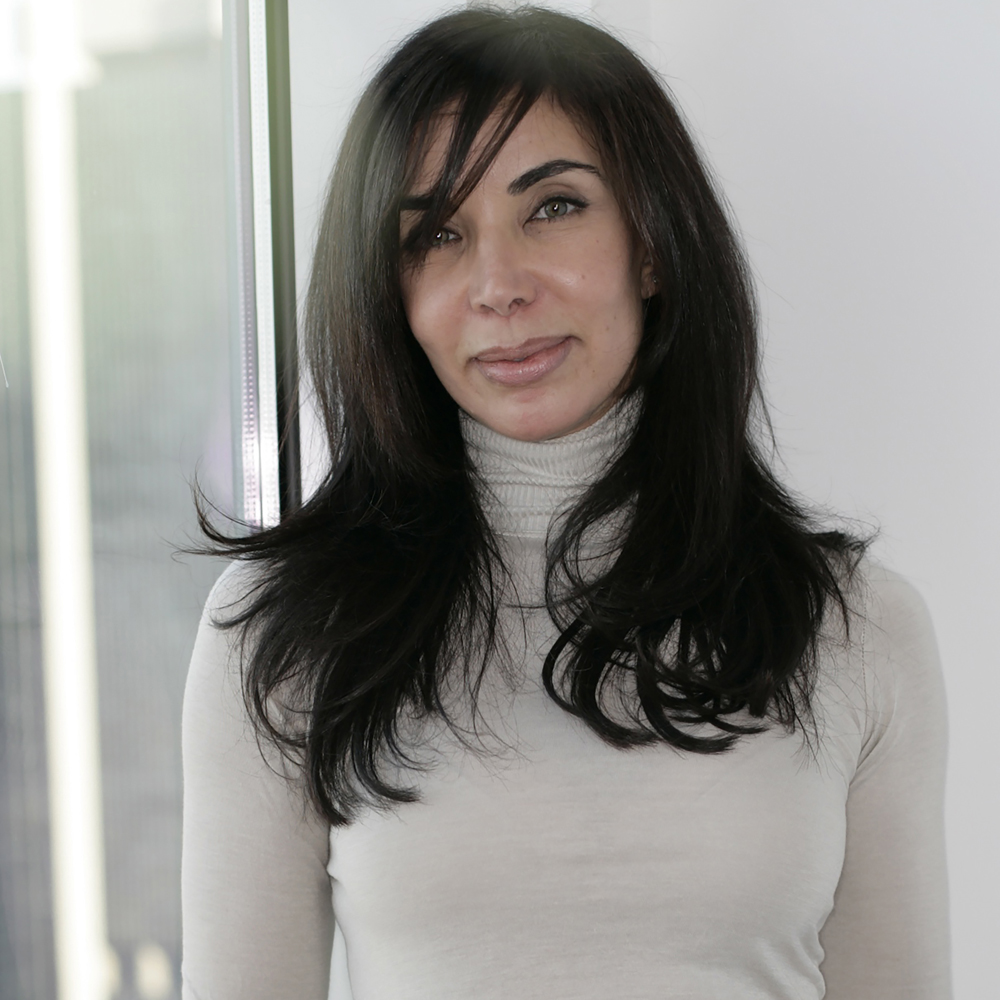 Lalla Essaydi (b. Morocco, 1956) is a woman photographer and visual artist currently based in New York. Her art, which includes photography, film, installation and painting, frequently combines Islamic calligraphy with representations of women; a hallmark of her style is her use of henna to write over fabric, shells, and the human body. While growing up in Marrakesh she became familiar with traditional Muslim values from an early age, knowledge which informs her creative practice. Lalla draws on personal experience to explore the complexity of Arabic identity, repurposing stereotypes from the Orientalist painting traditions of the 19th century as a way of resisting them. In her own words, ‘I wish to present myself through multiple lenses – as artist, as Moroccan, as traditionalist, as Liberal, as Muslim.’

Lalla has undertaken formal education in a variety of countries, studying in Paris for high school before living in Saudi Arabia. She later returned to Paris to attend the École nationale supérieure des Beaux-Arts, subsequently earning her BFA from Tufts University, Massachusetts in 1999 and her MFA in Painting and Photography from the School of the Museum of Fine Arts in Boston, in 2003.

While studying she encountered the work of painters such as Jean-Léon Gérôme, a proponent of the Western ‘Orientalist’ tradition. Recognising the inaccuracy of these portrayals, Lalla has commented that ‘Beauty is quite dangerous, as it lures the viewer into accepting the fantasy.’ Although her own work features highly constructed environments, the ‘camouflage’ of many of her sitters, who blend into their surroundings in series such as Harem, emblematises the mercurial interplay between fiction and reality.

Lalla’s work has been exhibited internationally, including in Boston, Chicago, Minneapolis, Texas, Buffalo, Colorado, New York, Syria, Ireland, England, France, the Netherlands, Sharjah, U.A.E., and Japan. She is featured in several collections, including the Williams College Museum of Art; The Art Institute of Chicago; the Fries Museum, the Netherlands; and The Kodak Museum of Art.